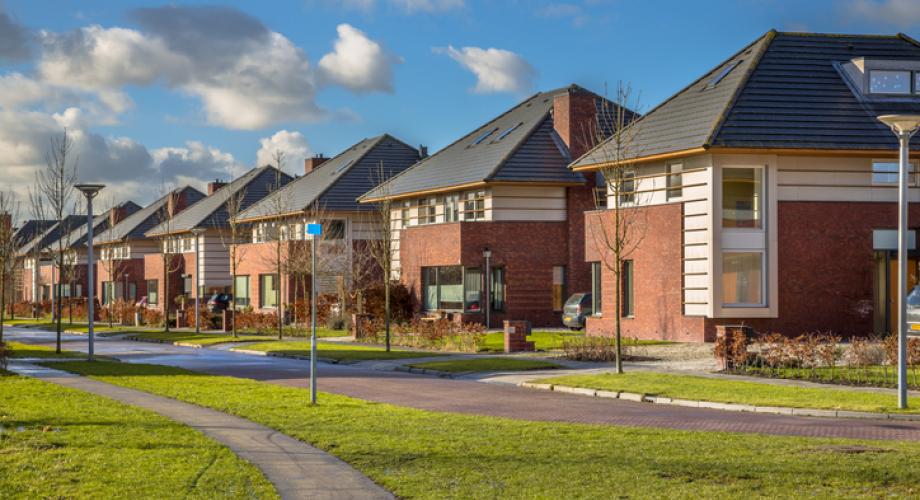 Through steady returns and robust rent growth, built-to-rent (BTR) communities have become a major aspect of the single-family rental sector. Built-to-rent or built-for-rent are communities of single-family rentals in one professionally managed development. They have developed into a sought-after asset class since the aftermath of the 2008 housing crash and are becoming increasingly attractive to institutional investors. During the past 12 months, BTR communities have seen a historical upward trajectory in rent growth and occupancy rates. The effects of the pandemic are the driving force behind record-setting fundamentals for this sector. The desire for extra space and the extremely tight for-sale housing supply at entry-level price points have proved beneficial for the BTR market.

Experts predict that the future of remote work will have a considerable impact on BTR demand and rent growth. According to the Bureau of Labor Statistics, 11.6% of employees surveyed in October worked remotely because of the coronavirus pandemic. As employers increasingly offer permanent fully remote or hybrid work arrangements, renters will be able to move further from the urban office. According to a survey conducted by Apartment List in April, 35.4% of renters surveyed said that they plan to relocate to a more affordable market. 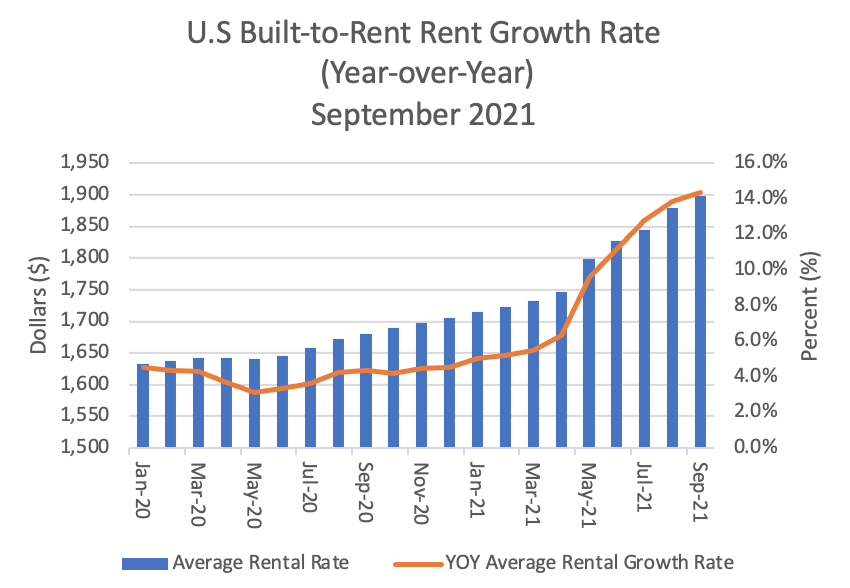 Occupancy rates have amplified significantly since Q2 2021. As measured by CoStar Group, occupancy rates across U.S Built-to-rent single-family rentals averaged 90.54% in the third quarter of 2021, up by three percentage points since Q3 2020. Rising rent increases in the BTR sector during 2021 are a result of increasing occupancy, mainly driven by employment growth.

Yardi reported Houston and San Antonio, Texas; Indianapolis; Austin, Texas; and Tampa, Fla. as leaders in occupancy growth in September. In contrast, Atlanta; Orlando; Cleveland; Pittsburgh; and Sacramento, Calif., posted declines in occupancy levels. Excluding Indianapolis, all leading markets posted at least a 5% increase in employment during September, according to the Bureau of Labor Statistics 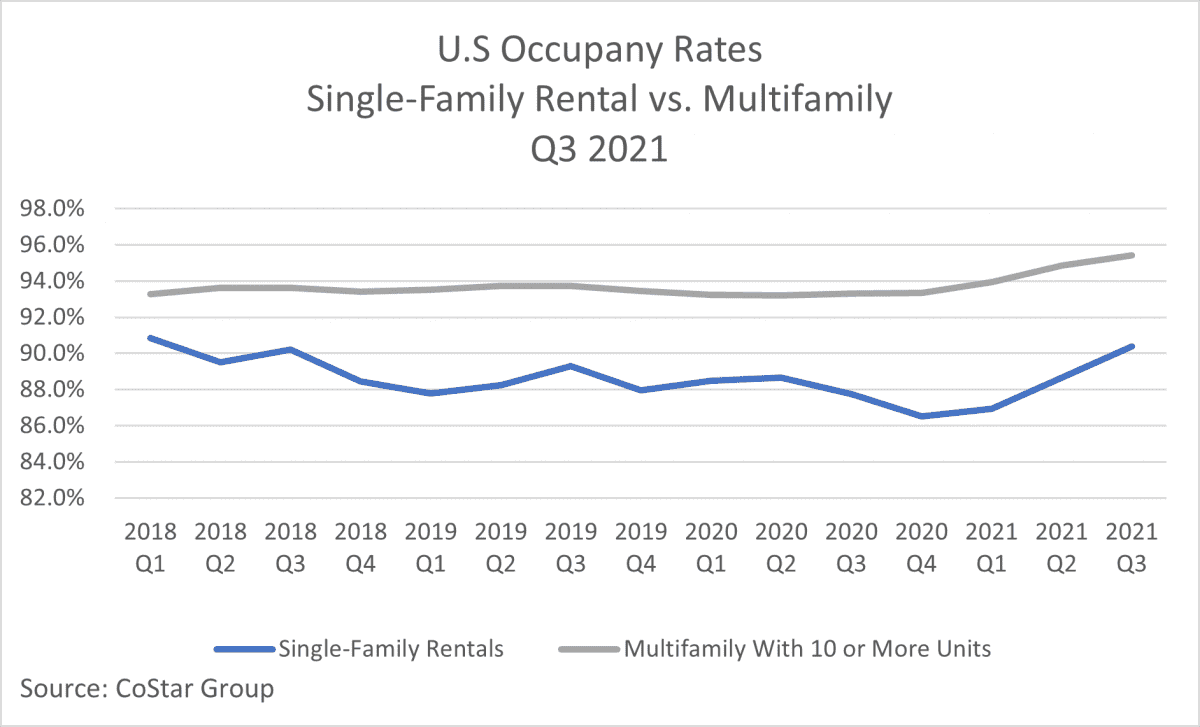 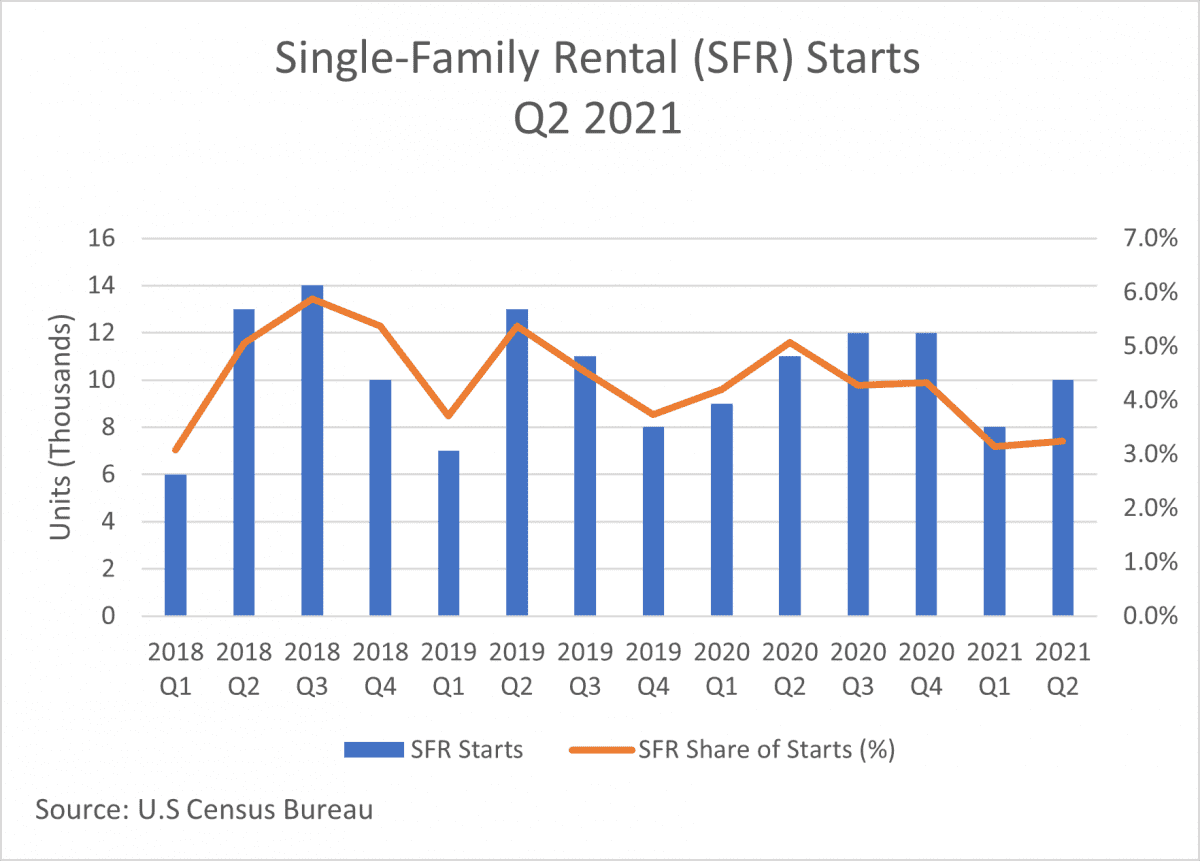 Single-family rental completions totaled 11,000 units, the lowest level since Q1 2020. The coronavirus pandemic has increased the period between when a permit is issued for SFR construction to its completion. The delay in production is a result of widespread shortages of materials and labor. 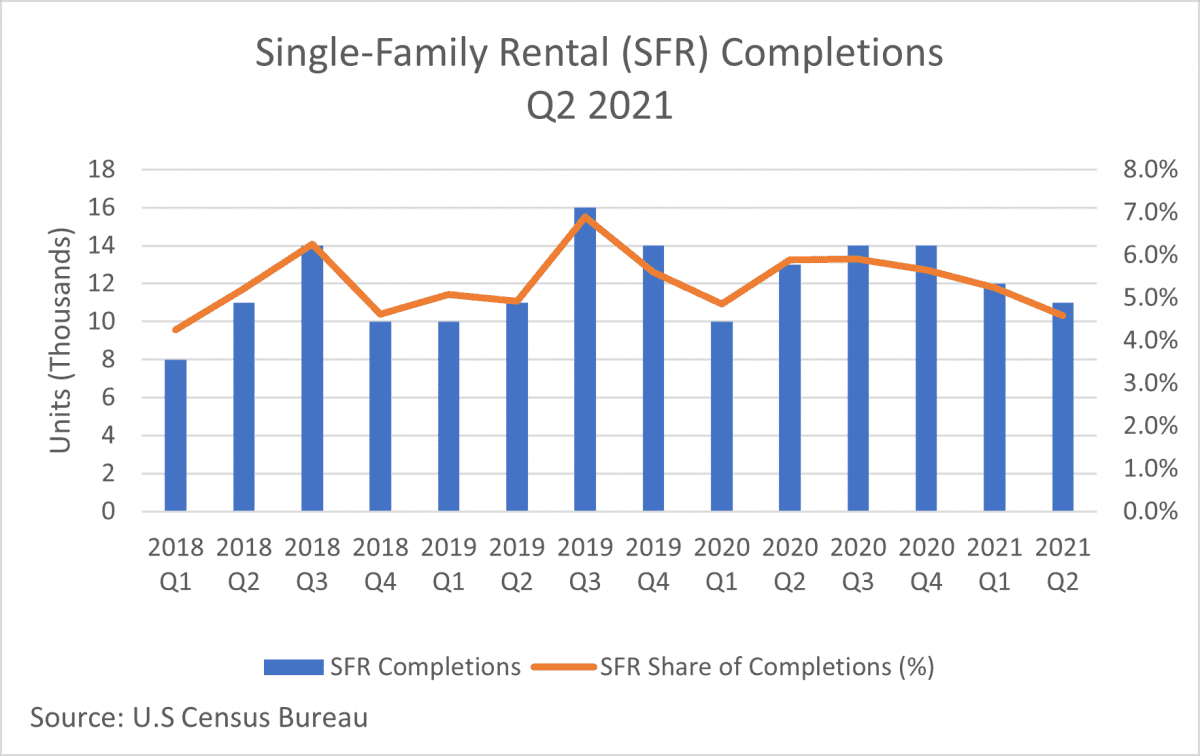 The Sun Belt region is experiencing record levels of in-migration from gateway markets resulting in rising supply and demand for housing. As a result of increasing demand and horizontal land availability, BTR communities in Sun Belt metros are attracting the bulk of new supply. According to Yardi, the Southwest (4,896 units) and Southeast (3,978 units) regions had the most units under construction in July, followed by the Midwest (1,716 units), West (1,522 units) and Northeast (134 units). 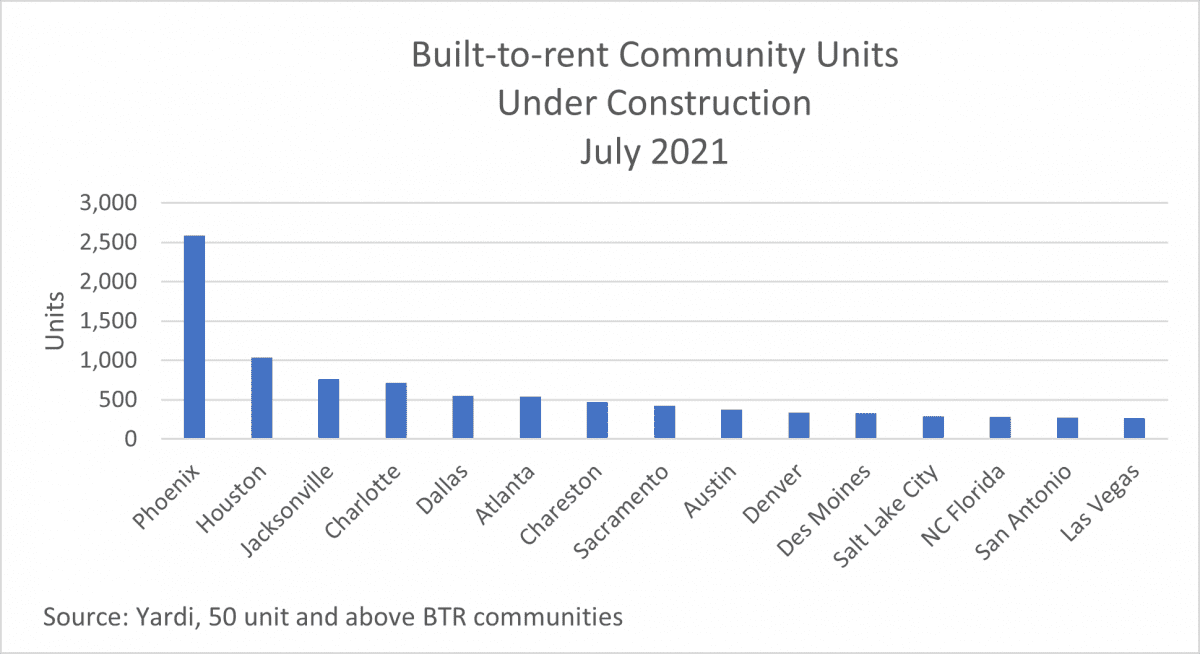 Investor interest continues to grow for the BTR sector. During Q2 2021 seven communities with 50 units or more sold and investors exchanged over 1,500 units. According to CoStar, sales volumes totaled over $116 million during the second quarter. The average price per unit sold was $243,748. Institutional buyers represented 58.0% of all sales, followed by private buyers who made up 35.0%. 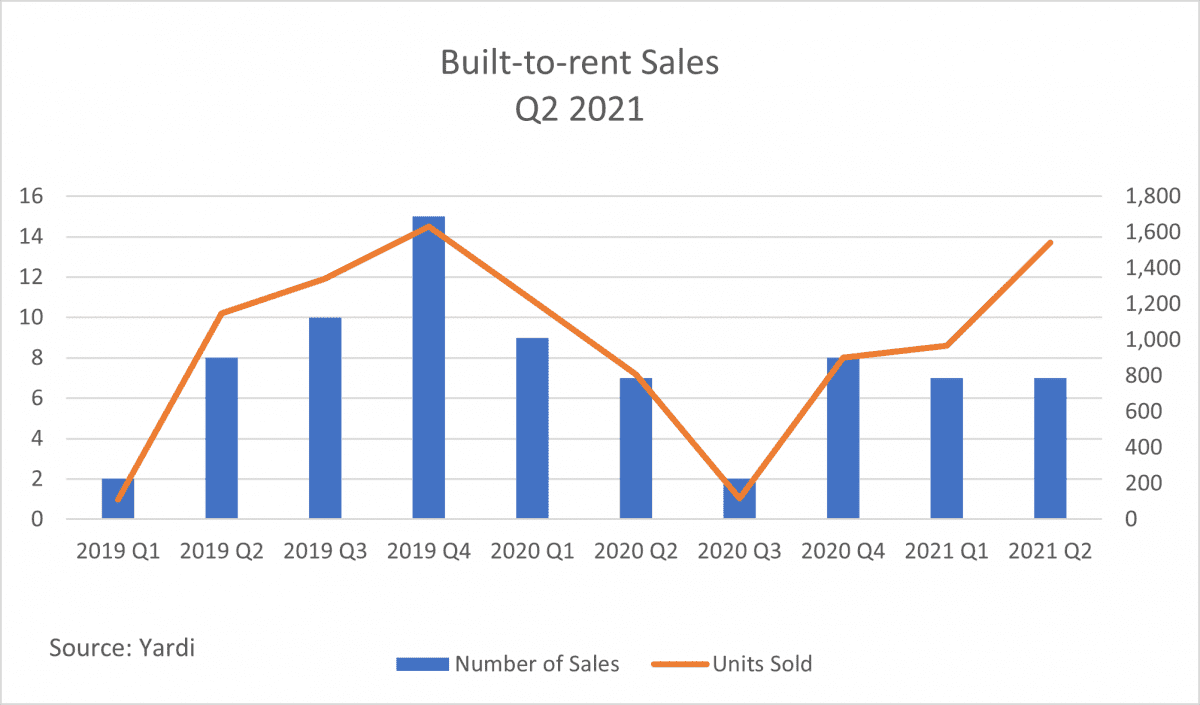 Note: 50 unit and above communities only. Communities are built or assembled to operate as a community. Not up for individual unit sales.

The BTR sector is well-positioned to continue to benefit from the lack of affordable for-sale product and the shift in renter preferences. Key survey findings from Gen Z renters revealed that 44% of respondents said they would prefer to live in a vibrant suburb. In addition, 43% desire to rent single-family detached properties after graduating. Build-for-rent communities are among the strongest performing property sectors, with soaring investor interest. Walker & Dunlop reports that single-family rental growth is expected to outpace multifamily, office, retail, storage and hospitality growth by 2022.