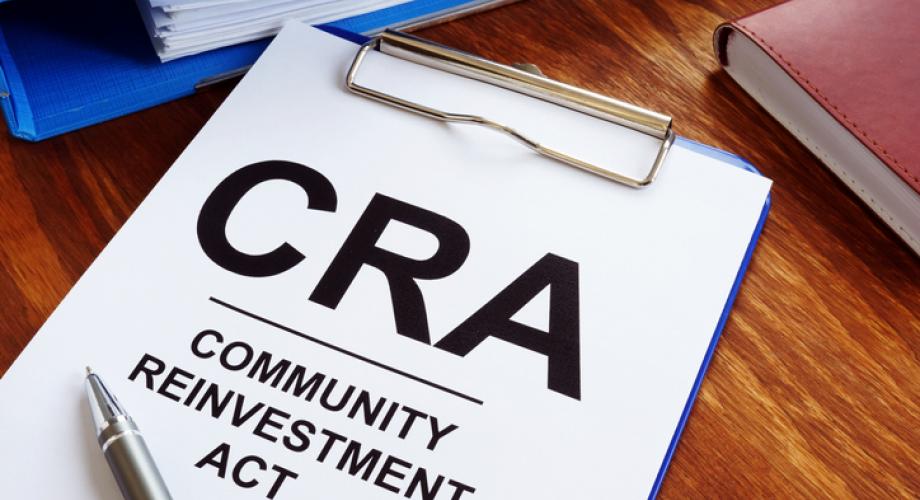 Rental housing industry reacts to the issuing of a proposed rule by banking regulators that would update the 1977 Community Reinvestment Act.

Banking regulators issued a proposed rule that would update the 1977 Community Reinvestment Act (CRA), which was last updated in 1995. NAA and NMHC joined an industry coalition that responded in a comment letter that both complimented the proposed rule but also suggested a number of modifications that would enhance banking industry approach to investing in and lending to the apartment industry.

The multifamily housing industry relies on the banking system to provide loans for acquisition, development and construction activities as well as an investor in the Low-income Housing Tax Credit (LIHTC) that helps support the development of low- and moderate-income housing. CRA provides a regulatory framework to evaluate how well banks are serving the needs of the low- and moderate-income neighborhoods and businesses where they do business.

Why This is Critical for Our Industry

As part of the CRA process, large, medium and small banks are all evaluated periodically to determine a score to determine how well they serve the retail, community development and banking services needs of their low- and moderate-income neighborhoods and businesses. The multifamily industry heavily relies on the lending and investment activities of the banking industry and any disruption to this flow of capital would be detrimental. Many of the enhancements in the proposed rule are positive steps in modernization of the approach to CRA, but some could constrain the flow of capital.

While the proposed rule is a positive step forward, our letter outlines several key areas that need to be modified to ensure that the flow of capital to LIHTC investment is not constrained and that lending activity is bolstered to include a more inclusive portion of the moderate- and middle-income housing market.