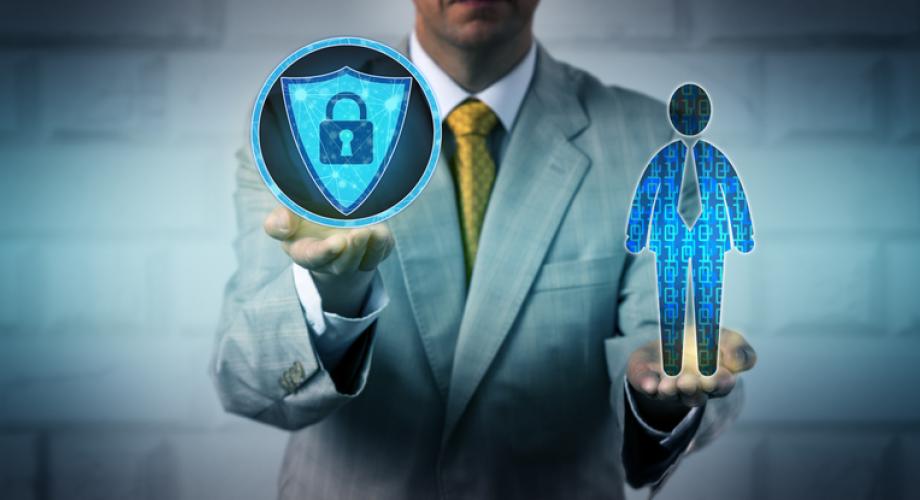 In some high-profile examples, residents are beginning to object to smart home devices on privacy grounds. Find out how apartment operators are handling these challenges.

Sandeep Aggarwal thought he was doing himself – and his residents – a favor.

By installing electronic locks and cameras in the lobby of the fourplex he owns in Weehawken, N.J., he felt he was increasing the overall security and safety of the building. And the smart thermostats he put in common areas, set at 72 degrees year round, would avoid squabbles between residents over temperature while saving him money.

“I’m the kind of guy who waits outside the Apple store when they release the new iPhone,” says Aggarwal, whose renters are in their 60s and have been living in the building for more than a decade. “So I wanted my residents to have the latest technology, too. But they didn’t like it. They felt like they were being watched, and that I was keeping a record of when they were coming and going from the building.”

Aggarwal and his residents aren’t alone. With smart home technology emerging in multifamily settings as both an operational boon for owners and an amenity draw for a wide range of prospects, privacy concerns have led other residents who don’t want the technology in their buildings to cry foul.

Recent articles have highlighted residents lashing out against smart tech features being installed in their units that they didn’t ask for, and in New York City, a group of residents sued its building’s owner after smart locks were installed in the lobby, which forced residents to provide personal information to the app that opens the door. The New York chapter of the American Civil Liberties Union has taken up the cause of resident privacy and smart technology, while both New York state and city lawmakers have drafted new regulations to curb the amount of information residents are required to provide to access their buildings. In a Brooklyn high rise, residents are fighting an apartment operator’s decision to install a facial recognition system, according to Security Sales & Integration.

“Generally speaking, tenants have the right to the expectation of privacy under the Fourth Amendment,” says Matthew Ryan, an associate attorney at Flushing Law Group, which specializes in landlord-tenant law. “The Internet of Things (IoT) and smart technology create a lot of new gray areas that the law hasn’t fully addressed yet.”

Against that backdrop, then, with most apartment residents articulating a demand for smart home technology, but some preferring not to have any in their buildings, what is an apartment owner to do? Industry leaders say the key is to walk a balancing act between giving smart home technology to those residents who want it, without forcing it on those who don’t.

“You have to give them some sort of choice,” says Steve Hallsey, managing director at Atlanta-based Wood Partners, a developer of 73,000 units. “In our experience, you can't put smart technology in every unit. It has to be a selective play so that someone who doesn’t want it can still live in your community, without having that perceived security or privacy issue.”

An Issue Looking for A Home

Hallsey’s emphasis on some residents’ perceptions plays directly into the crux of privacy concerns for many operators and technologists within the apartment industry. Namely, while no one is saying privacy isn’t an issue, many operators say most residents don’t exhibit at lot of concern in this area.

“We haven’t received any pushback,” says Gidi Cohen, founder and CEO of Los Angeles-based investment and development firm CGI Strategies, whose apartment portfolio includes 2,000 units. The firm recently announced the opening of the KODO, a 60-unit, furnished “toothbrush-ready” building in L.A.’s Koreatown that offers hotel-like concierge services to residents. The KODO provides a tablet for residents to control smart features in their units, including climate and access control, as well as lighting and TV programming choices. But key to the successful rollout of the smart home technology has been the ability of residents to opt out of the package partially or completely upon move in.

“Some residents prefer to have a lower level of engagement, and others want to fully disconnect,” Cohen says. “Giving residents the ability to choose the level of technology they want has made it a non-issue.”

Indeed, according to Lucas Haldeman, CEO of Scottsdale, Ariz.-based apartment smart home tech provider SmartRent, many residents want this technology in their homes. Of the 30,000 units SmartRent has connected for its clients, Haldeman claims there have only been six cases of residents opting out.

“It’s the definition of the vocal minority,” says Haldeman, whose company was a focus of a recent CNET article on the topic. “It’s an interesting story for people outside the industry looking in, but it’s more hype than reality. The reality that we're seeing in the field is that residents love smart technology as an amenity.”

To Brian Zrimsek, former vice president of technology at the Irvine Company who’s now at Cleveland-based MRI Software, the issue circles back to the early 2000s, when Oracle CEO Larry Ellison declared that privacy was an illusion in modern life. “The point is, we will continue to trade privacy for convenience,” Zrimsek says. “But, you can also turn Alexa off.”

Others emphasize the difference between technology that keeps tabs on health and safety issues, as well as asset protection, such as humidity and leak detectors, and smart hub speakers that can eavesdrop on residents.

“Operators need to draw a distinct line between infrastructure devices that cover the operations of the property, and consumer devices that require someone to set up a personal account,” says Michael Phillips, CFO at Charlotte, N.C.-based student housing operator Phillips Enterprises. “We’re not supplying Echo Dots or HomePods or those types of devices.”

At the same time, those are the types of devices residents want. “Every smart home provider now has some sort of Alexa app or Google Home app, which brings up bigger issues for privacy,” says Hallsey. “But I think the key there is that if you funnel the amenity through a third-party platform, you're going to be much less at risk.”

Putting a Wall Between Owners and Residents

That’s the main approach for Haldeman at SmartRent. He recommends his clients start off with a base package of smart home tech that includes locks, thermostats and leak detection. “Then, from there, residents can choose to add onto the system with more consumer-oriented devices like an Alexa or Google Home,” Haldeman says. “You want to make the resident’s relationship be with that tech company, not with the property owner.”

He recommends owners hold resident parties -- with pizza -- to communicate about the technology in the building, and field any objections beforehand. “I almost don’t want to tell anyone else about it, because these big resident parties we have at kickoff are the best thing we do,” Haldeman says.

Haldeman reiterates that even with SmartRent’s base package, apartment owners can’t see occupied unit data aside from health, safety and asset protection issues. “They can’t see when residents lock or unlock the door, and they don’t know when a resident is at home or not,” Haldeman says.

Haldeman says SmartRent wipes all its customers’ data every 30 days. “We delete it every 30 days while it's occupied. And the reason we even keep it that long is residents have asked for that,” he says. “They want the audit trail. So, in that 30 days, a resident, not an owner, and not even me and my staff, can go see what's going on in their unit.”

“The first step for apartment operators is understanding the responsibility we have for our residents’ information,” Zikra says. “You’ve got to take steps to ensure convenience doesn’t come at the expense of privacy.”

For example, in CA Ventures’ student properties, since residents may not know each other, the firm limits the ability of residents to share entry credentials, which means they need to physically come home to let someone into the unit.

Back in Weehawken, Aggarwal was eventually able to allay his residents’ concerns, and at least gain a level of acceptance of the technology that helps him run his asset more efficiently. Taking Haldeman’s approach of resident outreach, he says the key was being transparent, and addressing issues on the front end.

“Explain to them the advantages in terms of protecting and operating the building. But then try to see it through their eyes, and what concerns they may have.”

That sounds like a smart first step to the emerging issue of privacy and smart home technology in the apartment industry.