Skip to main content
Are Commercial-to-Residential Conversions Really the Next Big Thing?
Image 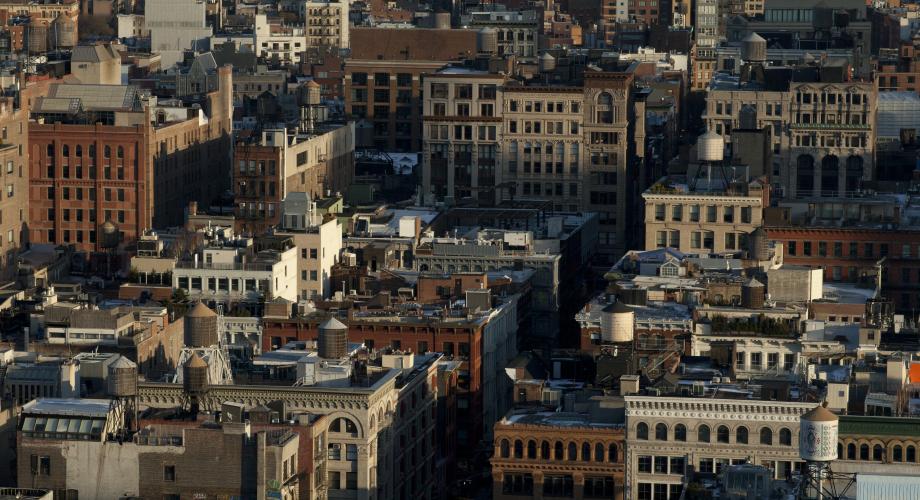 Available land is scarce in New York City. One alternative is converting office and other non-residential buildings into rental housing.

With a population fast approaching 8.5 million people and the number of available rental apartments plunging month after month, the demand for housing in New York City has far surpassed pre-pandemic conditions. The demand for office space, retail and hotel properties, however, is on a downturn, forcing owners and developers to consider repositioning their commercial properties as a residential or mixed-use building.

The question is: How viable are commercial-to-residential conversions in a volatile market? Some observers hail such conversions as the next big trend in real estate given the higher than usual vacancy rates in office buildings. In New York City, it’s too early to tell if this will come to fruition, but commercial owners and developers are actively weighing what’s financially and logistically possible.

Before any shovels hit the ground, owners and developers begin with a feasibility study to determine if a conversion is physically possible.

Modern office buildings, for example, often feature large, column-free floor spans surrounding the building’s core where elevators and bathrooms are typically located. Depending on the depth of the building, this layout may not lend itself to a residential floorplan, because areas closest to the center of the building will receive much less natural light. It’s also quite costly and structurally challenging to relocate or extend plumbing systems to provide a bathroom for each residential unit in an optimal location.

Hotel buildings often present less of a challenge for residential conversions, because each room will already have its own bathroom and plumbing system. The dwelling spaces are also positioned on the periphery of the building with at least one window for ventilation and natural light. It’s also not uncommon for hotel properties to have an amenity floor that can be easily refinished and commissioned as a communal space for residents.

It’s a myth that conversion projects are by nature a more affordable endeavor compared to new, ground-up developments. With no resident income during construction, the building owner will need to carry all operating expenses including property taxes, utility costs and insurance, in addition to the cost of redevelopment. If the building is in an area not currently zoned for residential or mixed-use properties, the project timeline could get bogged down while the city reviews a developer’s application for zoning text amendments, which will also inflate overall project costs.

These factors are not necessarily a deterrent, but a critical consideration when determining the feasibility of a project.

The provision of amenities, the most attractive differentiator for residential buildings, has a major impact on a developer’s anticipated return on investment. While amenity spaces reduce a building’s rentable footprint, they can drastically increase marketability and potential income from monthly rent. In today’s market, package rooms, outdoor space and onsite co-working suites rival fitness centers as the most coveted amenity spaces. Buildings that do not provide a package room, for instance, command up to 3% lower rents than buildings that provide this amenity.

To offset the cost of non-income generating amenity spaces, a developer may consider including a retail or commercial component in the building. One Wall Street, the largest-ever office-to-residential conversion project in Manhattan, offers an unheard of 175,000 square feet of tenant amenities ranging from an indoor pool to co-working spaces. The building also houses a massive Whole Foods Market and a Life Time Fitness Club, two premier commercial tenants willing to pay top dollar in an area with high foot traffic and minimal competition.

A confluence of higher interest rates and the threat of inflation has a cascading effect on commercial real estate in New York City. The pace of absorption has also slowed as retail consumers cut back on spending and office tenants reconsider their investments in physical space for an increasingly remote workforce. The latter is beginning to see signs of resurgence, but there is still more than 88.5 million square feet of vacant office space in Manhattan as we barrel toward the end of the year.

Across both office and multifamily rental property sectors the average price per square foot continues to show positive rebounds from 2021. Rental properties, however, are outpacing all segments of the commercial marketplace by leaps and bounds.

Douglas Elliman’s May 2022 Residential Market Report shows the average price per square foot in Manhattan studio apartments at $70.91, $77.09 for one-bedrooms and $78.45 in two-bedroom apartments. Three-bedroom units are valued on average at an impressive $84.61 per square foot.

In this same period, Manhattan office buildings across all neighborhoods saw a much cooler $71.64 per square foot.

While these figures are impossible to ignore, they do not definitively suggest that a residential property holds more value than an office building. Instead, they illustrate a goldmine of potential for sizable profits and the creation of much-needed affordable housing in languishing commercial properties.

In both multifamily and commercial sectors, the volatility of the market has not made predictions for future improvement or degradation any clearer. Given that space in Manhattan and the outer boroughs is relatively finite, it may be up to the government to further incentivize residential conversion projects to help alleviate what has quickly become a chronic housing shortage.

For now, multifamily valuations will continue to expand.